Merry Maids of Victoria values its relationship with the community. We enhance our community through sponsorship, partnerships and community engagement. Below are some examples of how we give back to our community.

The Mustard Seed supports more than 1,000 families each month with food and programming. Many of the clientele are the working poor, meaning they have employment but are not able to meet the monthly financial demands of food, shelter and clothing. The Mustard Seed is funded 100 per cent by donations of individuals, families, businesses, groups, churches and not-for-profit agencies.

We were overwhelmed by the generosity of our clients to this worthy cause. We feel fortunate to be doing business in a city that supports important social issues and rallies together to help make a difference.

“This time of year is stressful for people living in poverty and our job is to be a beacon of hope for a better future for those who need our help,” said Colin Tessier, executive director, The Mustard Seed. “We appreciate both receiving these items and the extra volunteerism at our facility.”

Share the Love 2014 was such a success, we decided to also do an annual Peanut Butter Drive for The Mustard Seed each Spring. This campaign is called Project Peanut Butter.

Together we fought hunger, the winter weather and restoring faith to the people in need in our community. Thank you to everyone that was involved!

We have collected and donated more than 5000 jars of peanut butter to The Mustard Seed since we launched Project Peanut Butter in the spring of 2015.

The Mustard Seed is always in need of protein-rich foods to provide to families in need. Once schools are closed for the summer, children are no longer benefiting from school lunch programs and food donations decrease dramatically. July is one of the highest need months at The Mustard Seed and this is why we donate our peanut butter collection each year at the end of June when the schools are closing for the summer.

This year (2018), was our 4th year and we donated over 2000 jars of peanut butter. For every jar that was donated through our customers, family, friends and team members, we and Island Nut Roastery, matched it with one jar each. That is three for one!

On June 27th, we dropped off peanut butter and spent the morning volunteering at the Mustard Seed. We had a great time giving back and we had fun too!

A special thank you goes out to, Max Young, owner of Island Nut Roastery, friend and loyal Merry Maids customer, for partnering with us to make Project Peanut Butter a success year after year.

Also a big thank you to the Uplands Golf Course and their members for your peanut butter donations and your ongoing support.

Thank you to everyone who has donated to Project Peanut Butter. We are looking forward to 2019!

HeroWork is a local non-profit organization that was founded by Paul Latour. It inspires people and companies from our community to come together and complete Radical Community Renovations. It is modeled around an old-fashioned barn raising.

Merry Maids of Victoria is proud to be involved in HeroWork’s most recent project. We helped with the post-construction clean up at the newest Threshold Housing Society home. It was donated by a local Victorian and radically renovated by HeroWork. The Threshold Housing Society, houses youth at risk of homelessness. Unfortunately, they have to turn down 80% of youth who need help! This is why HeroWork has partnered with them and why we have partnered with HeroWork.

The radical renovations have been going on since the middle of September 2014 and the BIG REVEAL occurred on Sunday, October 5th. Thanks to everyone who is helping make this happen. We are so proud to to be involved with such a great cause and organization! 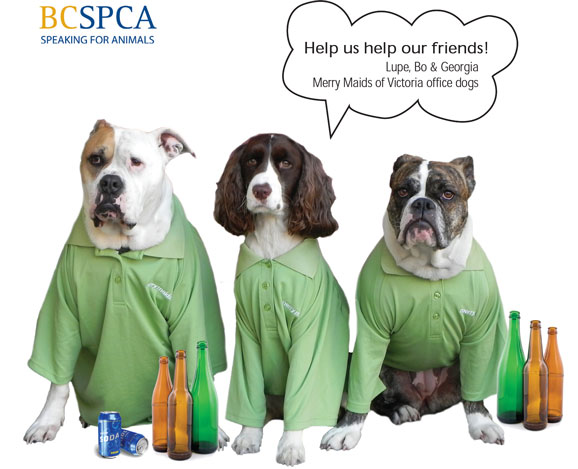 We are pleased to announce that the Merry Maids of Victoria Holiday Bottle & Change Drive raised $3,094.24 for the BC SPCA Victoria Branch. Since Nov. 25, 2013, your donations of bottles, spare change and new likes on our Facebook page have helped us make a difference in the lives of shelter animals. Supporting the SPCA was a natural fit this year because pets are important parts of many of the homes we clean, nearly everyone on our team is a pet lover and we are proud to be a pet-friendly office. Thank you for helping us help our community!

Merry Maids of Victoria has been a proud sponsor of the Oak Bay Barbarians Rugby Team (the Barbarians) for many years. Both of Scott and Susan Tanner’s (the Owner’s) sons played for the team from 1999-2002, and his youngest son, Matt, works with him at Merry Maids of Victoria. During their time playing for the Barbarians, the boys won four AAA BC Provincial Championships. More importantly, being part of the team instilled many important values and characteristics in them that will never be forgotten, (e.g. the importance of teamwork, discipline, having a plan and culture). To this day, the boys are still involved with the rugby community in Victoria, Scott’s oldest son, Dylan, is an Assistant Coach for the Barbarians and has an undying passion for youth sports.

Merry Maids of Victoria helped the Barbarians with the fundraising for their 2014 International Tour to South America! The business donated $2000 to the tour in exchange for the team cleaning up Willows Beach on September 14th, 2013. In addition, 10% of all business that was generated through player referrals was also donated to the tour. The tour was a huge success!

Merry Maids of Victoria is a proud sponsor of the Ryan O’Byrne Charity Camp (ROCC), which is put on by the Ryan O’Byrne Youth Sports Society (ROYSS). The society was established in 2011 and focuses on supporting underprivileged kids in sports.

Ryan was drafted 79th overall by the Montreal Canadiens in the 2003 NHL Entry Draft. On December 6th, 2007, Ryan played his first NHL game for the Canadiens, and played 7 seasons in the NHL. He recently finished his first year in the KHL and played for Praha. Ryan grew up in Victoria and has been a friend of the Tanner family since he was a child. Matt played sports with Ryan, and his father, Scott, was one of Ryan’s little league baseball and night league basketball coaches.

All profits that are raised from the charity camp are donated to KidSport Greater Victoria. This July, over $34,000 was raised. In the past three years, over $100,000 has been raised and has helped help over 400 under privileged kids in Victoria play sports.

We are proud to be a sponsor of such a great cause.

Merry Maids of Victoria is proud to have participated in the 2nd and 3rd Annual Victoria Goddess Run. This run is a women’s only. this year the event took place on June 1st, 2013. The goal of this event is to bring women together to “celebrate the power that we can embrace when we work together to reach our goals.” The event also raises money for three charities: The Women’s Sexual Assault Centre, KidsSport Greater Victoria and the Victoria Women’s Transition House Society.

Twelve of our team members took part in the Victoria Goddess Run and had a wonderful experience. We will definitely be back next year!

Merry Maids of Victoria has an annual Christmas tradition of giving back to our community and those in need. In 2012, we teamed up with a new partner, the Victoria Women In Need Community Cooperative, to make a difference in our community.

Women In Need (WIN) helps women and children who have recently left a transition house, move into their own home. To help make this transition a little easier, we donated $1000 to WIN during the 2012 Christmas season. We also invited our customers to donate to this great cause and received additional contributions. Our donation provided a Holiday Gift Basket that was given to a family in need in our community. This basket included: grocery gift certificates, movie passes, museum passes, Butchart Garden passes and a gift for each child. Our donation also helped purchase a bed for the family.

For more information about Women In Need, please click here.

Although the Legion’s annual poppy campaign only lasts for a couple of weeks each fall, poppy funds are hard at work all year long. During the 2012 Christmas season, we donated $2,000 to the Victoria Poppy Fund. We also collected additional contributions from our valued customers. Our donation helped provide assistance to Veterans in need. These needs may include: emergency food and shelter, education, a relief and recovery program for trauma-related stress, affordable housing and housing for the homeless, such as the Cockrell House. We are pleased to give back to those that have given so much.

WE ALSO SPONSOR OR HAVE SPONSORED THE FOLLOWING TEAMS AND ORGANIZATIONS: 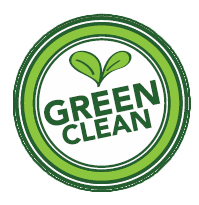 “Merry Maids has been cleaning my home for several years now and I would cancel my cable and stop buying lattes before I gave them up!”